Back in 1986 a new breed of hard rock player was on the rise. To meet the demands of the players and their increasingly ‘hot-rodded’ amplifiers we set out to develop a modern guitar speaker capable of handling much more power and overdrive. To achieve this we coupled our ‘H’ magnet (the closest in performance to Alnico) with a new cone and voice coil employing contemporary materials.

Our most revealing speaker the Vintage 30 features enormously detailed and complex overtones a warm low-end a famously rich vocal mid-range and a beautifully detailed top-end. Used singly to reveal the complexities in hand- wired boutique amps or in quartets for a wonderfully intricate vintage 3D crunch the Vintage 30 sound has been captured on thousands of recordings from a diverse range of notable players including Slash Steve Stevens and Peter Frampton. 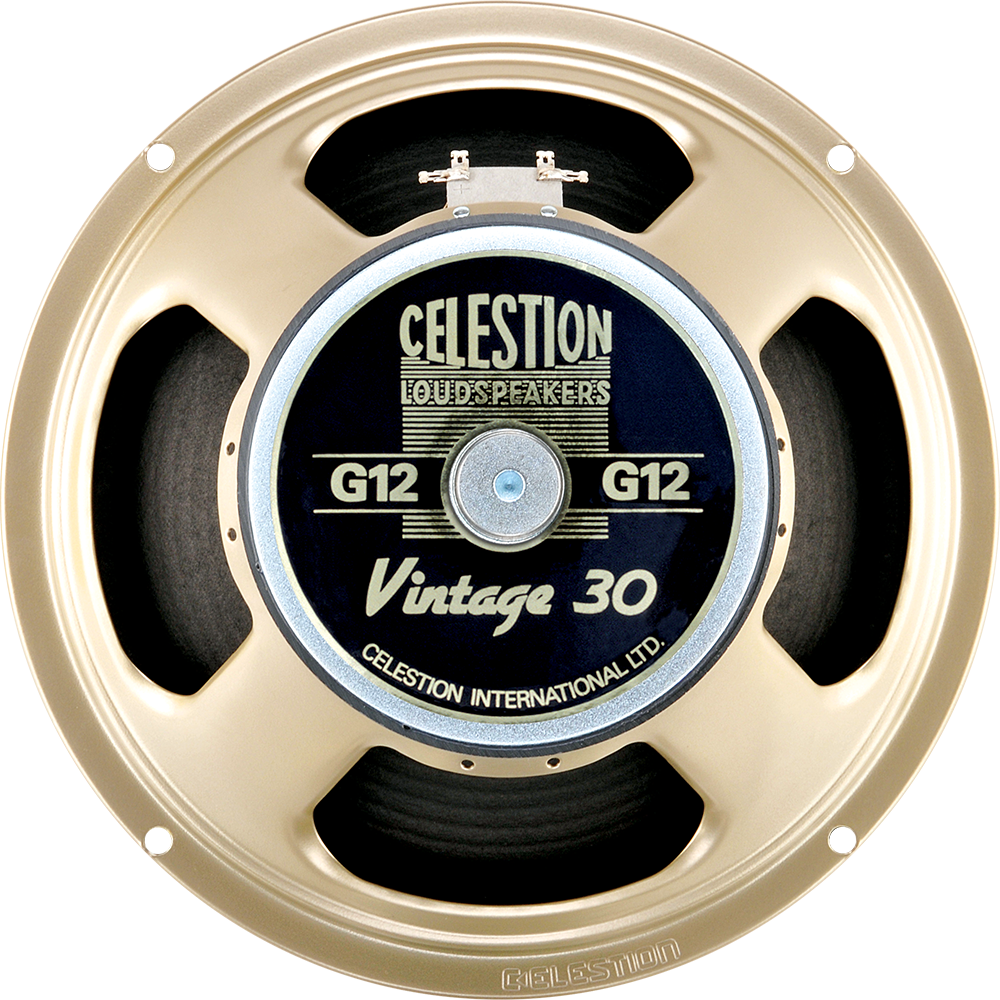 In 1986 we said of the  Vintage 30, “Celestion has re-established the standard by which all other guitar speakers are judged.” Big talk back then for a brand new product! But still going strong more than 30-years later and with way more than a million sold, who could possibly argue?

Celestion made pioneering use of Laser Doppler Interferometry developing the Vintage 30, analysing the cone behaviour of an original Celestion Blue. We used that data to form a precise model of the vintage speaker’s characteristics applying it to a speaker design using new materials for greater power handling.

Celestion’s H magnet came closest in performance to Alnico. This was partnered with a new cone and new coil assembly. Manufacturing used modern materials with similar mass and physical properties to the originals, but better able to handle the extra heat generated through operating with higher power equipment.

Seemingly louder than anything else at the same power level, the Vintage 30 handles massive overdrive sounds with ease. Tight bass, fat mids and a smooth, harmonically rich top end make the Vintage 30 an excellent 4×12 loudspeaker. Of course, it’s also suitable for any other cab!

The original datasheet: “Vintage 30 By Celestion”,  tells the story of this iconic loudspeaker and its reason for being.